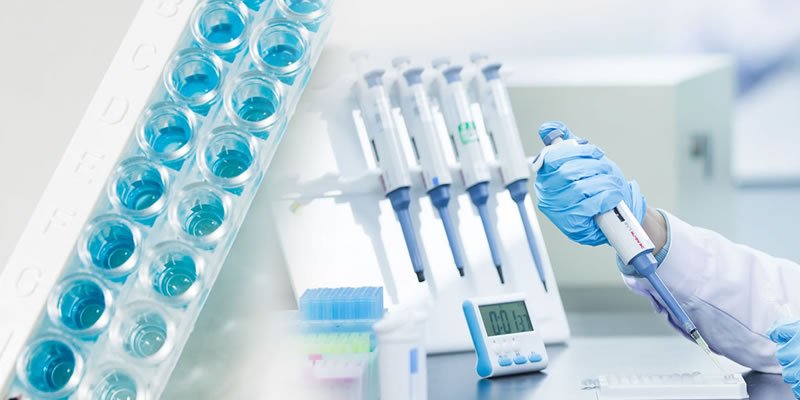 In all ELISA reactions, the sulfuric acid is employeed as stop solution to terminate the biochemical reaction so that the signal of ELISA can be stablized. However, due to the international air cargo shipment restriction, it is quite difficult to deliver these so-called dangerous objects with the reagent kit. That’s why we show you in this article how to prepare it in your own lab.

Caution: 95%-97% sulfuric acid is highly dangerous, please wear proper protection before experiment.
Caution: during the dilution, a huge amout of heat will be produced, please handle all instrument with care.

Keep this stop solution out of the reach of children or animals. Handle all liquid carefully. Safety first! Nonylphenol ethoxylates (NPEs) are being phased out of use by the U.S. dairy industry due to concerns raised by foreign dairy product importers, including the European Union (EU) and China. NPE is found in many products and has generally been considered safe for humans. The levels typically found in raw milk are very low, but NPEs residues can be concentrated during milk processing.

In the U.S., NPE is used as a wetting agent in a variety of products. The most important use in the dairy industry is as a surfactant in iodine teat dips. Generally, the higher the iodine content, the more NPE is added to the product to keep the iodine in suspension.

Inexpensive screening tests have made testing of bulk tank milk and finished products quick, easy, affordable and increasingly common in foreign markets. Therefore, NPE use in the U.S. has become a market barrier to dairy product exports.

There are alternative surfactants that can be used in iodine teat dips, and manufacturers are moving toward removal of NPE from their product lines.

NPE residues likely surface in dairy production through the cleaning solutions used in the facility. These residues have been found in low levels in raw milk but can become concentrated during milk processing.

The conventional method for NPE determination is GC-MS, which is time-consuming, complicated and expensive. In dairy farms, if you want to test NPE, the general approach is to collect the sample and deliver to a certified 3rd analyical lab, and the test result is always available in days.

The Ringbio NPE ELISA Kit is a commercial ELISA kit for the quick determination of Nonylphenol ethoxylates (NPEs) in milk and milk powder. It is developed against the common structure of NPEs, which enables this kit to identify a number of NPEs. The sensitivity of this kit is 5ug/L or 5ppb, and the detection limit in milk is 5 ug/L (5ppb). It can be a easier and faster way for NPE testing in dairy farms, dairy factories, etc.

In other settings such as milk collecting centers or milk tankers, Ringbio NPE Rapid Test Kit is another choice. This rapid test kit is a 10min simple way to detect NPE quickly. The whole operation is done at room temperature without any special instrument. The detection limit is around 200-300ppb.

In a word, whether you are in the US, India, Pakistan or Colombia, as long as NPE testing is performed, Ringbio NPE tests can help.

With the great support from our tech guy, foodtestkit.com is now back online with order processing ability. Customers can easily place orders and send payment by bank transfer or paypal.