This Recombinant classical swine fever virus Envelope glycoprotein E2, CSFV E2 is a recombinant protein provided in E Coli, which can be used for immunoassays such as ELISA, lateral flow assays, etc.

Classical swine fever (CSF), also known as hog cholera, is a contagious viral disease of domestic and wild swine. It is caused by a virus of the genus Pestivirus of the family Flaviviridae, which is closely related to the viruses that cause bovine viral diarrhoea in cattle and border disease in sheep.

The E2 protein in classical swine fever (CSF) virus (CSFV) is the major virus structural glycoprotein and is an essential component of the viral particle. E2 has been shown to be involved in several functions, including virus adsorption, induction of protective immunity, and virulence in swine. This Recombinant classical swine fever virus E2 protein, CSFV E2 is a recombinant protein provided in E Coli, which can be used for immunoassays such as ELISA, lateral flow assays, etc.

There are no reviews yet. 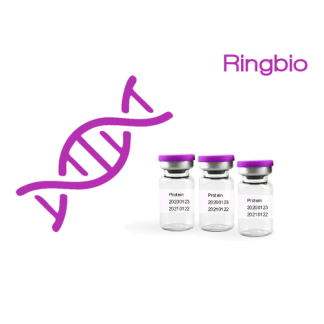